A STRANGER DRAWING NEAR

This story; known by many students of the Scriptures is one which has a deeper meaning than what some may glean from its surface. So today, we will look at the surface meaning as we follow this ‘Stranger’ who is …….Drawing Near.

Our story begins in the country of the Gergesenes (Strongs# G1086) = ‘a stranger drawing near’.  Yahshua had calmed the tumultuous sea, the night before, he lands, at the break of dawn on the eastern side of the Lake Gennesaret. 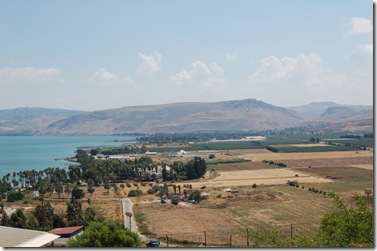 And suddenly there appeared two men running at top speed towards Him . They appeared more savage then human; for they were men possessed of devils and severely tormented had cut themselves with stones (Mark 5:5). He speaks peace to these benighted souls and the demons depart and leave their former victims sitting at the Saviors feet. (Lk.8:35)The demons request permission to enter into a nearby herd of swine to which Yahshua permits them. They enter the swine and drive them  down a steep place into the sea and they are drowned.

The citizens of the place learn about the deliverance of the demoniacs and the subsequent destruction of the herd of swine after which they ask Yahshua to leave their country. Yahshua leaves with His disciples; leaving behind two monuments of His love and power; for the purpose of telling and re-telling the story far and wide of their deliverance from the demons by the ‘Stranger Drawing Near’.

And What are some of  the immediate lessons to be learned from this story?

1.That Yahshua the Messiah, in His role as Messiah was fulfilling His mission of coming to deliver the captives from the possession of Satan (Isa. 49:25;Isa. 61:1; Lk.4:18;)

2.  The principalities and powers of Satan recognize and submit to the supreme authority of Yahshua. (Matt.8:29; Lk. 8:28)

3.  Therefore the powers of darkness are subject to all who submit to the authority of Yahshua being ‘joint heirs with Him’ and to whom He has promised authority over the Devil and his dominion.(Lk.9:1;Rom.8:17)

4.  In being set free from the power of Satan we receive a commission to go and tell what great things Elohim hath done for us. (Lk.8:39)

5.  In the deliverance from Satan’s power we are ‘sitting 'at Yahshua’s feet{ Lk.8:35}  (a position of humility and as a learner and student of Him and His Word.)

The number 7 represents completeness and we are complete in Him. (Col.2:10)

Posted by Yuri Richardson at 7:12 AM

Yuri Richardson
My name is Yuri Richardson and I live in Bermuda. The purpose of this blog is to share my thoughts and studies on the Life and teachings of Yeshua Ha Meshiach (Jesus The Messiah)and His infinite Love for all mankind

Thank you for stopping here. The purpose of this blog is to share my thoughts and studies with you on Yehsua's Teachings by the sea. It is my hope, my prayer, that you will be enlightened, strengthened and encouraged to know more deeply and clearly the infinite love, wisdom, and power of Yeshua (THE KING OF GLORY) as we relive His life as He Teaches by the sea once more. Shalom!

For those who wish to learn Hebrew this is an excellent site. Hebrew 4 Christians